A least for a little bit. 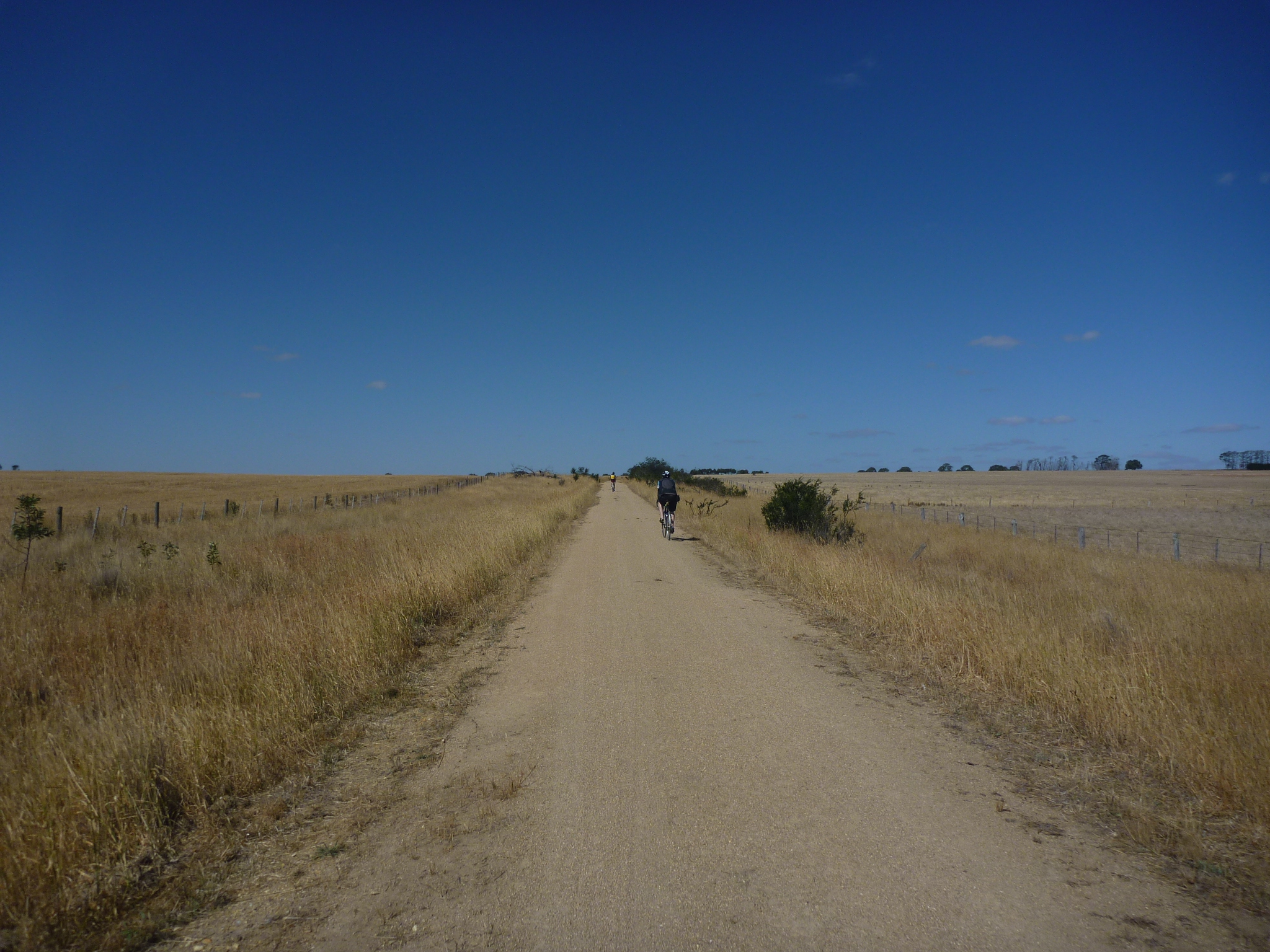 Last month I was cycle touring through Japan with a friend from Melbourne, John.

Throughout the trip he often spoke of Hobo-camping, that is just ‘sleeping rough’ in a park on on bench somewhere, no tent, no sleeping mat, sleeping public style. He had read about Japan being the ideal place for it on some ‘urban camping’  blogs.

So one night on the shores of Lake Biwa a little north of Kyoto with no camping grounds around and the possibility of rain during the night he suggested we should Hobo camp, I wasn’t that keen at first but with lack of any nice spots to free camp I went along with it.

We rode along the shore of the lake looking for a likely shelter, we found one, a pagoda with two benches under cover, surrounded by a low wall and long eaves in case the rain came. It was right beside a small road and a restaurant, which luckily closed at 9pm, there was also a ubiquitous drink vending machine nearby which threatened to cast effervescent light across us all night whilst we tried to sleep. I suggested we try unplug it and indeed the plug was exposed and there for the pulling but then I half-jokingly mentioned that in Japanese style this would probably alert someone somewhere that the Calpis and Pocari Sweat (two of the more amusingly named Japanese soft  drinks) were warming and they would come to plug the machine back in. We resolved to just hunker down behind the sides of the pagoda and try block the light of the drinks machine out. So we lay back, both succumbing to the hard boards we rolled our sleeping mats out, leaned our bikes against the benches and watched the tiny bats emerge form the rafters and fly out in search of insects on the wing.

I slept surprisingly well until around 2am when I awoke to a car idling right beside the pagoda. I lay there thinking the car would move on soon, it didn’t, I began wondering what it was doing there, they could clearly see our bikes and probably realise we were trying to sleep. For an hour or so it just sat idling and I fell back to sleep, then I woke to see the guy from the car putting a plastic container on the bench where John had been sleeping (he had since moved down onto the grass outside), he placed a cellphone atop the water and then hung a inflated swimming ring right above John’s head. I caught Johns eye, and he looked as confused as I was.  But it was 3am and the guy since had returned to his car, and driven off, so we went back to sleep. I woke a couple more times as the car returned to idle outside the pagoda.

When the sun cam up at 5am, John and I got up and sat bleary eyed looking at the water container, cellphone and swimming ring, and then turning to look at the car still idling next to the pagoda, I didn’t know what was going on. We slowly packed our stuff up and rolled down the lake shore 100m to a picnic table to make coffee and eat breakfast, as soon as we did the rest of the cars inhabitants emerged, a women and 3 children who supposedly had been sleeping inside the idling car the whole time, the kids ran down to the lake to swim (it was midsummer it was already swim worthy at 5.30am).

We realised that the family had come to the lake for the day and wanted to ‘bags’ that pagoda for the day, and decided they needed to get in early, real early obviously (even though that stretch of the lake was deserted) and that the something valuable like a cellphone is needed to make the claim (or maybe they are going to ring it if to wake us lazy gaijin up if we slept in).

It was a strange experience, both showing how safe Japan is (I don’t think I’d feel safe sleeping on a bench by the side of the road in New Zealand or Australia) but also how focused some Japanese can be, that guy knew he was going to get that pagoda for his family and two Gaijin cyclists weren’t gonna stop him.

I’ll leave you with this unrelated photo. 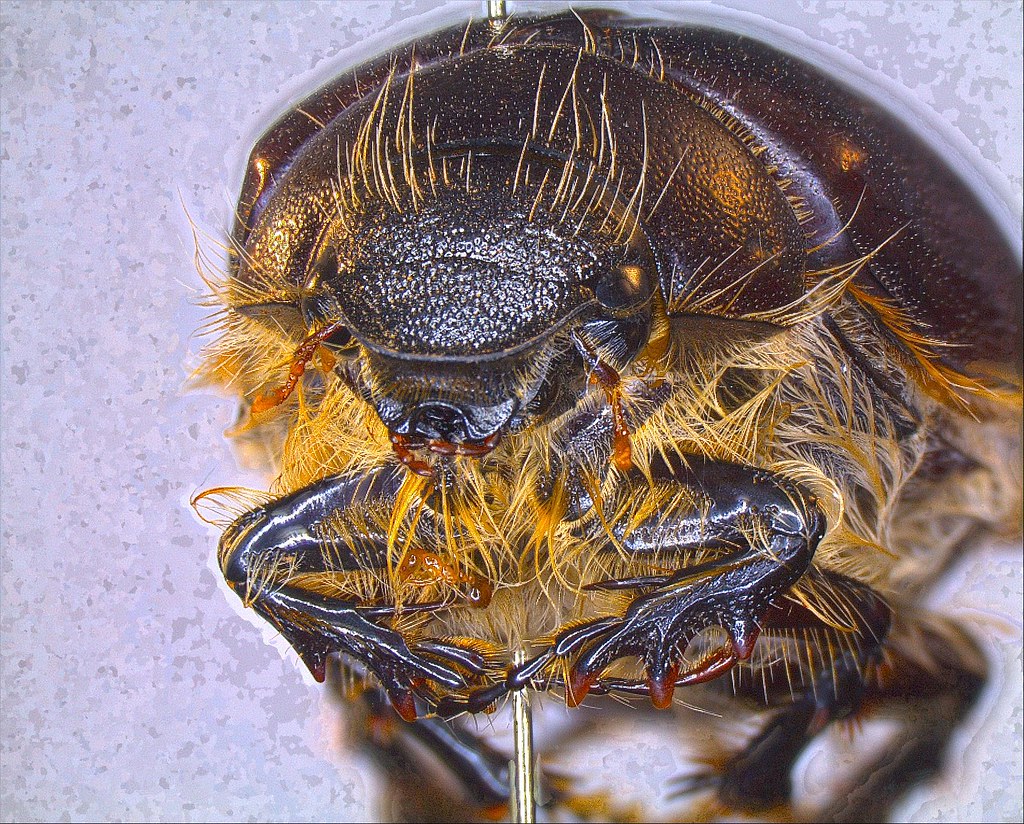 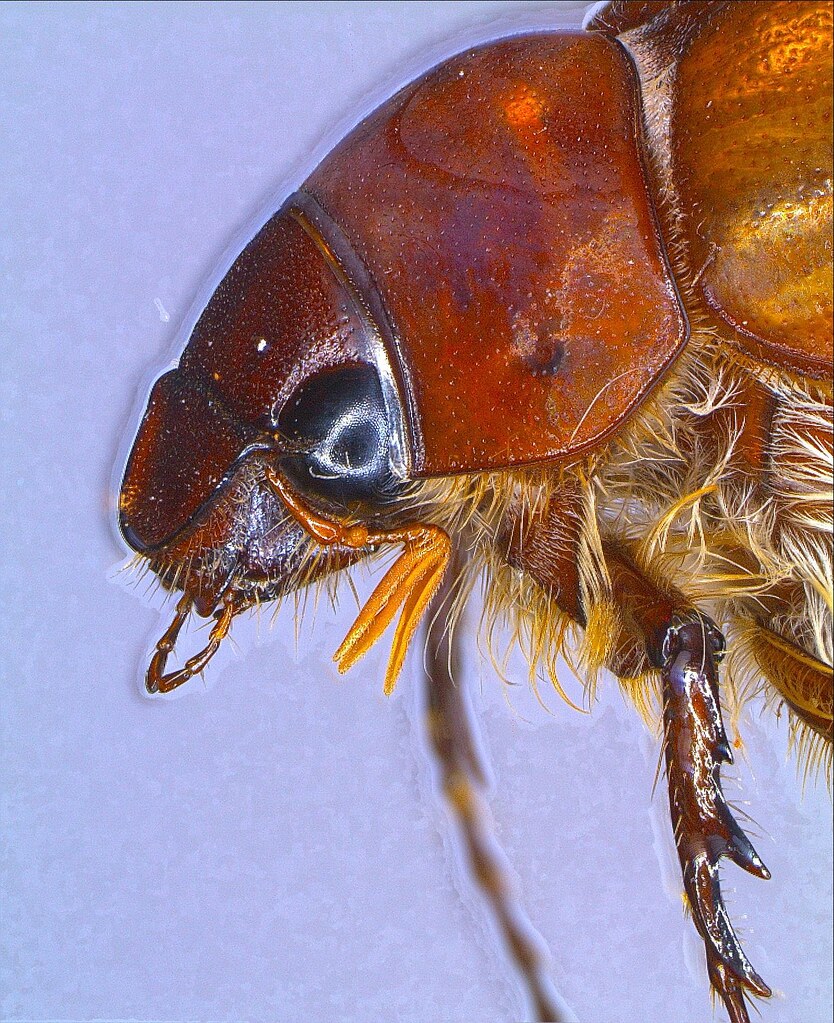 These are multi-focus microscope photographs I took recently to use as part of a digital reference collection, that is a series of photographs that can be referred to to check whether a future sample is the same ‘morpho species’ as the one in the photograph.

The camera takes up to 50 photos at different focal lengths and then stitches them all together
to create an image that is (almost) completely in focus.

This is advantageous when the subject is so small and the aperture is also small.

For a sense of scale the eye of the lower beetle is around 1mm across, note the mounting pin going through the upper beetle.

I especially like their golden hairs, reminds me of a fluffy dog, not something you think of when handling beetles.

Thrips (scientific name Thysanoptera) are generally tiny (1-2mm) insects that are often found in flowers and on leaves. They are one of the more obscure insects.

They differ from almost all other insects in that they have fringed wings, and that along with their tiny size means that they don’t fly in the sense a Bee or Fly does but alomst ‘swim’ or glide up on warm air currents.

Here is a picture of a Giant Thrip (family Phlaeothripidae), probably one of the larger species in the world. For reference its about 8-10mm long.

I found it in an emergence trap from central Australia. You can see the fringe of hairs on its wings.